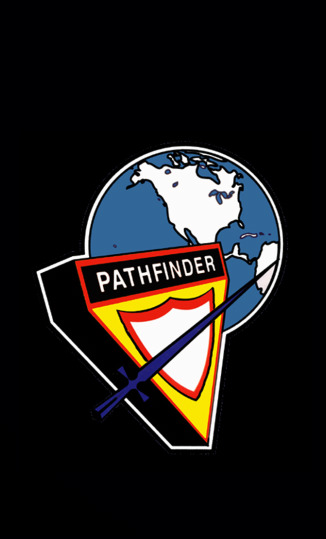 The Pathfinder uniform helps make the Pathfinder program real and visible. It is emblematic and representative of the worldwide club’s ideals and standards. Each individual member becomes a very vital representative of the organization, and wearing the uniform will help to provide a consciousness of belonging to a club that rightly represents the Adventist youth of today. If the uniform is worn as ordinary clothing it will have failed in its purpose.

The uniform should always be neat and clean. To wear it commonly for ordinary play or work lowers its dignity. The Pathfinder Club program should be so valuable to each member that the uniform will be acquired and worn with enthusiasm.

It is recommended that uniforms be worn on the following occasions:

* At all Pathfinder meetings

* At any public gathering when any or all act as: Messengers, Ushers, Guard of honor, Color Guards

* On occasions as specified by Pathfinder director

Uniforms should not be worn:

* When engaged in selling or solicitation for personal profit, or for commercial or political purposes

* At any time or place when it’s wearing discounts the organization or casts reflection upon the uniform, lowers its dignity and esteem, and makes it commonplace.

The official uniform for the Adventurer, Pathfinders, Master-Guide, and Ambassador is stipulated by the General Conference of Seventh-day Adventist® Youth Ministries Department. Any deviation or changes, including, but not limited to, the uniform’s style and color, must first be authorized by the General Conference of Seventh-day Adventists® Youth Ministries Department.

Should include the Pathfinder world emblem and the Pathfinder scarf. Other insignia and styles of uniforms are determined by each Division in keeping with the norms and economic conditions of the fields under their care.

While the uniform of the Pathfinder Club varies in regions or even countries around the world, the insignia and where they are placed are well nigh universally the same. Designing and setting the position of the insignia and/or working any changes or additions is the responsibility of the World Pathfinder Director and the General Conference in consultation with the divisions. Clubs, conferences, unions and divisions may make no exceptions or variations without the definite permission from the World Pathfinder Headquarters.

The insignia are divided into two categories:

1. Identification Insignia are the group of emblems that signify the organization to which the person belongs.

The following are a description and position of official Pathfinder Club Identification Insignia:

These are worn on the right sleeve of the shirt/girl’s blouse, and dress uniform jacket -inch (1.2 cm.) below the shoulder seam. It is worn above the staff name strip and Pathfinder triangle on the right-hand sleeve.

Area/district director/coordinator, club director, deputy director, instructor, counselor, and junior counselor may wear a strip designating their position; it is centered below the club name 2-inch (5 cm.) below the shoulder seam and -inch (.08-cm.) above the Pathfinder triangle on the right-hand sleeve.

This oval symbol, containing the Pathfinder triangle, represents the worldwide organization of Pathfinder Clubs of the Seventh-day Adventist Church. This symbol is worn on the left-hand sleeve of shirt/girl’s blouse, and dress uniform jacket. It is positioned -inch (1.2-cm.) below the shoulder seam.

This is yellow in color with the World Pathfinder emblem as the logo on the back. An optional slide is available. This may be worn by all inducted Pathfinders and Non-Master Guide Staff.

The following are a description of Pathfinder recognition insignia: Are located on the left sleeve below the Pathfinder world emblem. The order from top to bottom is Master Guide, Guide, Voyager, Ranger, Explorer, Companion, and Friend. All persons (Master Guide Included) should wear only the class insignia in which they have been invested.

An embroidered gold star is worn on left-hand sleeve. When all Pathfinder classes and the Master Guide course have been completed, the Master Guide Star and all the individual chevrons may be worn.

Centered just above the left pocket of the shirt or blouse is the Pathfinder Class pocket strip for the highest Pathfinder Class in which the individual has been invested. It should be level with the top of the uniform shirt pocket.

This is worn only by those completing the requirements, on the left side of shirt or dress just above the Pathfinder Class pocket strip.

To be worn by captain and scribe on the sash, or positioned above the right pocket, on the shirt/blouse.

This is worn over the right shoulder (under neckerchief) and under the left arm, the lower point of the sash resting against the left side of the body. It serves as a collecting point for Honor patches and all other Pathfinder related emblems the wearer has earned. (Traded items are not to be included here.)

These are obtained from the conference/mission director. There are two options: 1) Embroidered fabric stars may be worn on the right sleeve centered -inch (0.08-cm.) below the point of the 3-inch (7.5-cm.) Pathfinder triangle emblem. 2) Metal stars may be worn on the left pocket. Only one star with the numeral indicating the accumulated years of verifiable service should be worn.

Service stars are awarded annually by the conference/mission that keeps a record of the years of service.

An optional green epaulette is worn by teen Pathfinders, junior counselors, counselors and instructors. Optional gold stripes, bars, stars or various colored braids are worn for each level of conference leadership. These items are selected by local conferences, unions, or Divisions. Not more than one option may be worn and must be standard within the organization level selecting in.

The use of a uniform in Pathfindering provides many positive results. It meets certain psychological needs of the Pathfinder age bracket; it encourages what could be called upgraded behavior; and it provides a sense of cohesiveness.

In most regions the official uniform adopted in many ways resembles local military uniforms as local laws will or will not allow. While this is acceptable to a degree, those who have the decision making authority must be very careful to not create nor allow militarism to creep into Pathfindering. Militarism is defined as the use of military discipline and the wholesale adoption of military-style uniforms that would create confusion in the minds of those who do not know what Pathfindering represents. Around the world there are governments that are very sensitive to the existence of paramilitary organizations. Pathfindering in other parts of the world cannot be seen by these governments as involved in training guerrilla or terrorist-type personnel. Camouflage, combat boots, “blousing” of pant legs, and other similar military practices in uniforms should not be used at all. No military insignia are allowed. The Pathfinder scarf should always be worn as part of the dress (Class A) uniform to distance it from the traditional military uniform. Attaching weapons to dress uniforms such as swords, bayonets, or machetes and guns even if they are fake ones should not be allowed even in drill ceremonies.